Out Sketching at the zoo.

Soooo i finally bit the bullet and paid for an annual pass to taronga zoo, its about the best thing next to life drawing to improve ones drawing skills if you ask me - even more so if you're a creature/character designer. The fact that you're subjects are contantly moving forces you to capture the building blocks of an idea - gesture, pose, rhythm, and by the time you look up to fill in details - that freakin' Roo has changed its pose - hence you're forced to think!

The subject gives you minute to block them in, after that you're on your own (theres no chance you can just be lazy and look and copy)  - you're forced to think of form in 3d space, how the rhythms of the surface flow, how surfaces overlap, and of course you're forced to use your imagination. Sure your drawings all end up being very gestural in the end, coz sometimes you get all of about 10 seconds to capture a pose - but thats where the real important juicy bits of any design are - thats the meat of the potatoes, thats the stuff that sells and emotes, after that you can go home and detail to your hearts content.This stuff forces you to capture gesture, shape, and form under pressure and quickly - and if you've mastered that, well the detailing is just draftsmanship and many hours spent noodling if you ask me. So anyways here were a couple sheets from todays venture out, just using solid graphite 4B pencil on sketchpad, i might take my watercolors next time. 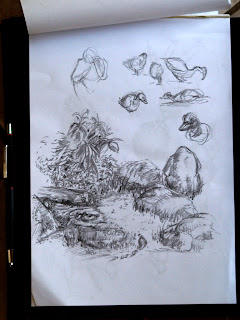 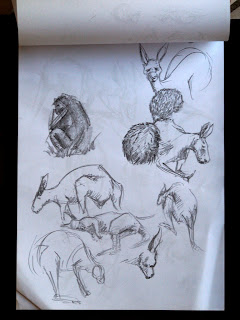 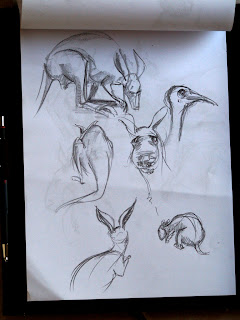 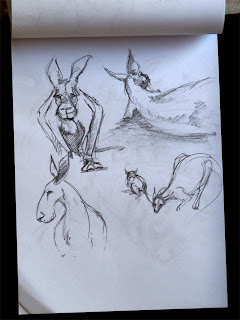 Oh and it certainly doesn't hurt to take inspiration from guys like David Colman, or Chris Ayers to give your procrastinating side a reason to work up these preliminary sketches to full illustrations...

Aidan Atahan Zugul
Freelance Digital Artist working out of Sydney Australia - scratch that relocated to Turkey for the moment. A CG generalist, specialized in 3D concepting, modelling and texturing; continue to work in 2d, sometimes traditionally, in an illustration, concept/graphic design and fine art capacity.